Nominations are sought from employers for eligible apprentices in the collision repair industry for these prestigious awards.

There are two awards available:

The winners will be announced at the CRA Annual Conference to be held in Melbourne in April 2017. Each will receive $1,000 from MITO together with the opportunity for a further MITO study scholarship, and tools donated by RJP Panel and Paint Supplies Limited, Christchurch.

Man with the Midas Touch 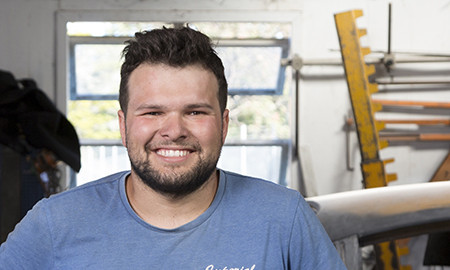 Jordan Davies of Imperial Panelbeaters, Whangarei, has been recognised as having the golden touch after being named the 2015 CRA Apprentice of the Year.

Kerryn Horn of Harvey Collision Repairs, Hamilton, looks set for a golden career after being named the 2015 CRA Apprentice of the Year Golden Gun.