MITO graduate Luke Shervey’s interest in the gas industry was sparked as a 16-year-old. During the school summer holidays, he worked as both a labourer and gas fitter’s assistant for his father’s company GasCo in Queenstown and enjoyed the work so much he returned to the job whenever he could – even while completing his university degree. In fact, the 27-year-old’s interest in the industry remained so strong, that upon completion of his Bachelor of Commerce, he decided to enrol in an apprenticeship in gas fitting and gas network through MITO.

“I decided to use the skills and knowledge I had gained from working in the industry during my holidays to further my career with an apprenticeship,” says Luke. “Thanks to the time spent on the job when I was younger, I saw the tangible benefits of having a trade.”

There is fantastic career progression and you can reap the rewards if you work hard.

“I’ve progressed from completing the installations to now coordinating and managing the work. I still manage to get out of the office often to check on the jobs in progress and catch up with those doing the work. I also get to do a bit of project management too.” 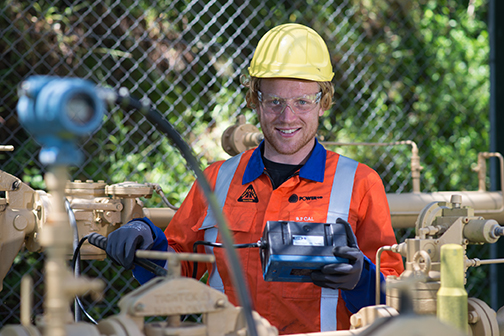 With Powerco’s support, Luke used the scholarship, which contributes up to $2,000 towards any programme of study related to the industry (either through MITO or another course provider), to enrol in the PRINCE2 Foundation and Practitioner project management course. An acronym for Projects In Controlled Environments, PRINCE2 is a process-based method for effective project management.It was Luke’s foray into project management that led him to apply for a 2016 MITO Graduate scholarship. “I knew that I needed further qualifications for the next step in my career, which would ideally be project management,” said Luke. “So, I applied for the scholarship and was absolutely stoked when I received it!”

“I wanted to further my education by completing the PRINCE2 qualification as it would be influential in my role at Powerco and enable me to learn how to manage and complete upcoming gas projects by applying the appropriate processes and methodology. It would also allow me to further progress my knowledge and experience in my trade.”

Powerco Operations Manager Don Elers said, “We were very keen to support Luke in his application for a MITO Graduate scholarship. Luke consistently demonstrates a willingness and determination to advance his competency and qualifications within the industry and this further learning and development will not only benefit Luke, but Powerco and the broader gas industry as well.”

Luke’s already putting the knowledge he gained from the PRINCE2 qualification to good use as Project Manager for the Holborn Drive Pre-85 project in Stokes Valley, Wellington. The project is one of Powerco’s biggest for the financial year and replaces pre-1985 polyethylene pipes in order to improve the quality of gas supply and to maintain the integrity of the network.

Luke says he enjoys working in the gas industry, describing it as a good challenge, and would "definitely" recommend it to others looking for a rewarding career.
“It really is a great industry to be a part of and given the ageing workforce, I would encourage any young person to seriously consider it as an option. You might start off ‘on the shovel’ but there is fantastic career progression and you can reap the rewards if you work hard.”

A Promising Career in the Pipeline for Gas Graduate 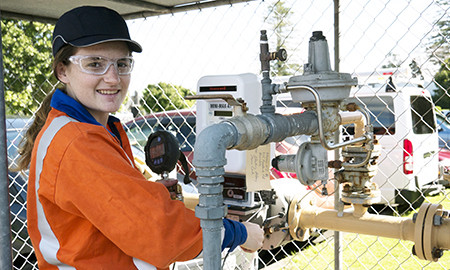 Kayla Fillery once considered going to university, but another option caught her attention. "I decided to get into the trades so that I could learn and earn at the same time."