With parents who owned a drilling company, and a father who worked as a driller, Pip Buunk has fond memories of growing up playing on old drilling rigs on their farm and making sculptures out of leftover parts from drill jobs. The desire to understand where their water came from, what kind of dirt was in the garden, or the type of sand in the sandpit at school, was instilled into her from a young age. It’s something that always resonated with her and Pip knew she was destined for a career as a driller - “except for a brief period in high school when I wanted to be a hairdresser,” she laughs.

Luckily for her, and the drilling industry, Pip followed through with her passion and is now thought to be the only active female registered senior driller in the country. However, that’s something she’s passionate about changing. “Being a driller is an amazing job,” says Pip, “and I’m really motivated to encourage more females to enter the industry. It might be seen as a tough, dirty industry, and while it can be physically demanding and mentally challenging at times, it is also incredibly rewarding. You get to see beautiful countryside, meets lots of amazing people and work on some very cool projects. One of my life goals is to lead an all-female drilling crew on a job and prove that we can do it too!” 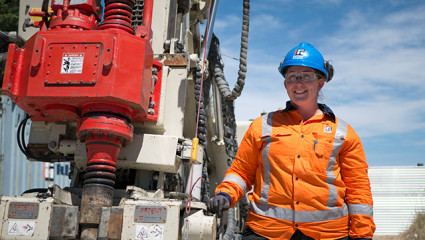 "Being a driller is an amazing job and I’m really motivated to encourage more females to enter the industry."

Pip started her career in the industry doing work experience for Texco Drilling during the school holidays – an experience that reiterated her desire to become a driller. “It was a great way of ensuring this was something I actually wanted to do as a career,” says Pip. “I loved every minute of it. The day after my last day in Year 12, I was already working full-time on a drilling site in Blenheim.”

Now 13 years later, the 29-year-old has worked for several drilling companies as she progressed her drilling career and is now Drilling Foreman for the Christchurch-based Heavy Civil team from Fulton Hogan, working on both their heavy civil projects as well as her own projects. Although incredibly busy, she is also completing a New Zealand Certificate in Drilling (Level 4) through MITO. Her decision to become qualified was made, in part, due to the increasing frequency of clients requiring trained drilling crews. “Being qualified is becoming more and more necessary in this industry which is a good thing,” says Pip. “Clients are asking for proof of training and competence and having this nationally recognised qualification is going to make us a lot more attractive when we tender for jobs. It means a lot to the client in terms of health and safety knowing we have drillers who are competent and qualified to do the job.”

Pip’s Manager, Kevin Scovell, agrees completely. “Pip excels in the workplace and is leading her development to better herself in any way possible. She works closely with me to secure future projects and her qualification greatly improves and assists with our attributes during the tender process. Her knowledge and skillset is an asset to not only Fulton Hogan, but the industry itself.”

Pip’s value to the industry is further evidenced by her receiving a New Zealand Drillers Federation (NZDF) scholarship for $1500 towards her qualification with MITO. “I was incredibly excited to receive that scholarship,” says Pip. “It was one of the highlights of the past year for me and gave me added motivation to ensure I made the most of the opportunity and my qualification.”

As the senior driller on a job, Pip is in charge of the site and spends her time on the ground running the rig, liaising with clients, and ensuring her crew knows what to do and that everything runs smoothly. “Now that I am a foreman, I have the chance to build my own crew and have work done to my standard. I have worked with people in the past who haven’t done things as well as I would want them done, so this is my chance to set an example for the industry and show them that a certain level of safety and quality is not only possible, but expected.”

Pip’s advice for those wanting to enter the industry is to follow her lead. “Approach some drilling companies, gain some work experience and show them you’re eager to learn. A lot of them are very keen to encourage new people into the industry, so if you prove to them that you’re dedicated and motivated, you could secure an apprenticeship and start uncovering your potential. Then you can travel all around the country – and get paid for it!”

UPSKILLING A PRIORITY FOR KRISTIAN 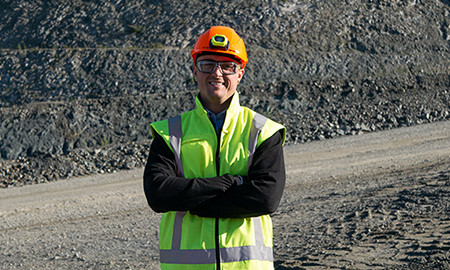 UNCOVERING A CALLING WITH ROCKUP® 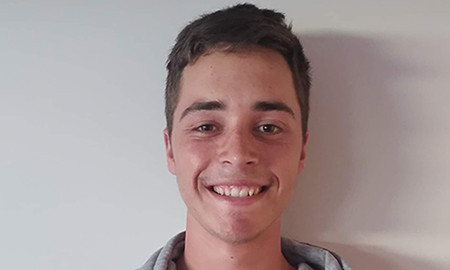 For 18-year-old Owen Thornton, a job in the mining and quarrying industry was always in the back of his mind, but he wasn’t quite sure how to get his foot in the door.