PRIME YOURSELF TO EARN WHILE YOU LEARN

You just never know when an opportunity for a future career may come your way.

During his Year 13 at Gisborne Boys’ High School he went to a Got a Trade? Got it Made! SpeedMeet organised by MITO.

Students get to talk with employers, speed-dating style, and it was where Kean met Barry Brown from Gisborne Motors. 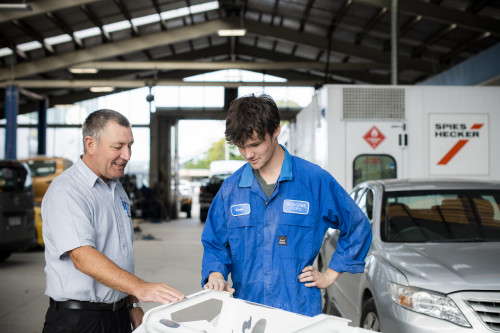 “It definitely works. It was a good chance to meet some different employers and get to know them. They tell you stuff about what they do and you can see if you are interested or not,” he says.

“When I met Barry, I was a bit more interested in refinishing so it was really good that we both wanted to meet up again after the SpeedMeet. It all kind of started from there.”

Kean is doing his New Zealand Certificate in Automotive Refinishing (Level 3 and 4) apprenticeship through MITO.

“MITO make it easy. They come and visit me every few months and make sure I am keeping up to date. They help me out if I am struggling with anything.”

Kean loves his work, restoring car panels to pristine condition. It gives him loads of satisfaction.

“What I do is stripping down panels, cleaning, priming and respraying them, which involves a lot of detail and preparation work. It’s good to see all the work and detail you put into it ends up coming out in a good looking paint job.”

He admits he had no idea exactly what he was going to do during his last year at school but knew it would be a trade.

The future looks good for Kean getting a trade qualification behind him that will be in demand as people always want their cars looking new again.

“I am not 100 percent sure right now but if I continue doing this after my apprenticeship I might do my own thing and start up something in refinishing.”

Kean encourages school leavers who like using their hands to get into a trade apprenticeship like he did.

“Definitely a key thing to doing well is to have the right attitude and be on to it when it comes to putting in all the detail in every job.

“I guess it is also important to keep an open mind and try things you thought you would never try before. Getting a trade behind you, whatever it is, is just helpful.

“Do an apprenticeship, become qualified and even if you move on and do something else or go travelling, you always have that trade behind you.”

SpeedMeet events will take place again later this year in August and September throughout New Zealand.

MITO offers a secondary school micro-credential in collision repair and refinishing to try before an apprenticeship. For more information visit mito.nz/startup. 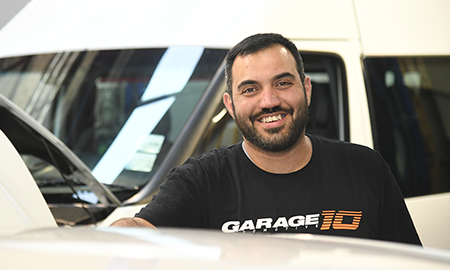 After 15 years as a truck driver, Covid-19 and having two kids, this was the right time for Mohamed to get back to where his passions truly lie.

A journey worth juggling

How a father of nine has learnt to juggle his work, study and family time all while completing his apprenticeship and being awarded a scholarship.