Levelling Up and Managing On

After working at Heretaunga Collision Repair Centre for nearly 10 years Deehan Crozier has levelled up multiple times throughout his career and now even owns a share in the business! He has recently received a MITO scholarship to complete the New Zealand Certificate in Business (First Line Management) (Level 4) to continue his management journey.

Deehan’s love for the automotive industry began in childhood and with the help of his dad. “It was always something I was interested in. When I was younger, I would ride and tinker with motorbikes.” When he was about 13 his dad was building a car with the former owner of Heretaunga Collision Repair Centre. “I was at the workshop quite often with my dad and the owner at the time, and eventually I asked if they needed any help. That’s when I began sweeping floors and after a while, I was offered an apprenticeship.” Deehan completed the National Certificate in Motor Industry (Automotive Body) (Level 3 & 4).

As Deehan’s passion for the industry grew so did his drive to keep moving up the ladder. “When the previous owner sold up the business, David Patchett and I decided to go in together and I now own a share of the business.” 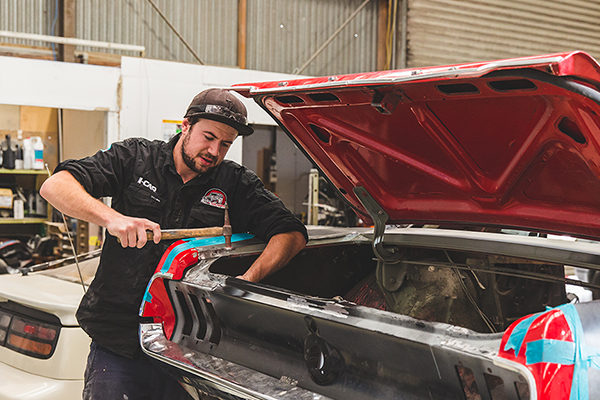 When Deehan learnt about the MITO scholarships it gave him a great opportunity and a chance to extend further. Deehan applied for and was awarded the Duncan Sandy Fraser Memorial Scholarship. Deehan and Sandy had a personal relationship and was one of the reasons Deehan applied. “I had been wanting to complete the First Line Management qualification for a while but hadn’t really had the right opportunity to do so. When I saw the scholarships announced last year and one of them was named after the late Sandy Fraser, I thought this a great chance for me. When I was completing my apprenticeship Sandy would come into the workshop and help me personally with my paperwork. He ended up coming in twice a week to see me. Applying for this scholarship and then being awarded it felt really nice and was a chance to be able to finish something in Sandy’s name as well as help me grow in my career.”

In terms of how his role might will change once Deehan has completed the qualification, he says probably not too much. “My role probably won’t change as I am already doing most things. I am just trying to learn how to do things more efficiently. You can always learn more than what you know, look at taking on different options and figuring out what you can do better.”

Skilled up with Business Skills 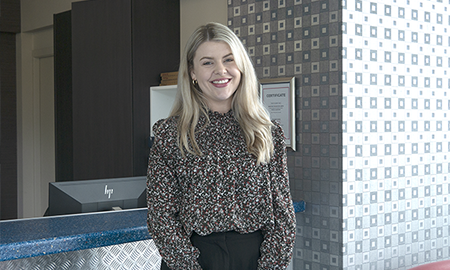 Working in an automotive workshop wasn’t always on Monique Dyball’s list of jobs, however after nearly three years working at Maidstone Panelbeaters in the office, she is loving every day.