Donald Hall, Apprentice Technician at Paul Branch Automotive in Ōtaki, had the kind of upbringing where it was hard to avoid cars. “There were always broken cars at home, waiting to be fixed,” laughs Donald. “Dad’s always been into cars.”

Donald’s Dad helped when it came to building his first car, a ’92 Toyota Levin. When that was done, it was on to the next build, a wide body Altezza, then another Levin. His current project is a ’91 Levin. “I’m pretty much having to restore the whole thing. It needs all new body wiring loom, engine loom, everything underneath like subframe, all the running gear and then all the interior.” But Donald isn’t phased by the amount of work involved adding, “Oh and I’ve got a new motor to put in, new gear box and I’ve got to build the motor, do rings and bearings.”

Donald followed his passion for cars and enrolled in MITO’s StartUp® micro-credential while at Ōtaki College, with his work placement being at Paul Branch Automotive. Owner, Paul Branch had been searching for a new team member for a while so he was thrilled to connect with Donald. Like a mini-apprenticeship, StartUp® allows students to experience what it’s like to work in the automotive industry, completing unit standards and gaining NCEA credits along the way. 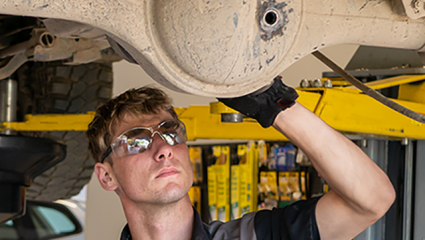 "StartUp® prepared me and set me up with everything I need to know."

For Donald, he was happy to be able to pursue his interests while still in school. “It was pretty fun. I started getting more study periods so I could come to work!” After completing StartUp® Ignition and StartUp® Accelerate in 2021, Donald was offered full-time employment at Paul Branch Automotive. He’s now underway with his apprenticeship and completing MITO’s New Zealand Certificate in Light Automotive Engineering (Level 3 and 4).

Paul describes Donald as motivated, proactive and willing to learn and believes training is the way to go. “Everybody should have an apprentice!” Paul says.

Despite confessing to not enjoying school, Donald was a high achiever. He was Head Boy at Ōtaki College and received the Prime Minister’s esteemed Vocational Excellence Award. However, it’s learning on-the-job that really suits Donald, “I don’t really like sitting around. The whole practical aspect of a trades career intrigued me,” he adds.

Donald has enjoyed learning about electrical concepts in his apprenticeship so far. “It’s cool to understand how everything works from a theory perspective. I read through the study notes and watch videos on MITO eLearning. It shows you how it all works and then you do the assessment to confirm that you understand it all.”

Donald’s experience as a StartUp® student helped him to hit the ground running in his apprenticeship. “StartUp® prepared me and set me up with everything I need to know. I had even completed some of the unit standards!” With the added support of regular visits from his MITO Training Advisor, Donald is well and truly set up for success.