MITO is proud to be a Got a Trade? Got it Made! partner, along with seven other industry training organisations - BCITO, Careerforce, Competenz, Connexis, HITO, Service IQ and The Skills Organisation.

A national campaign to raise awareness of learning and career opportunities in New Zealand’s trades and services, Got a Trade? Got it Made! celebrates the talents and achievements of young people making headway in their chosen vocation. 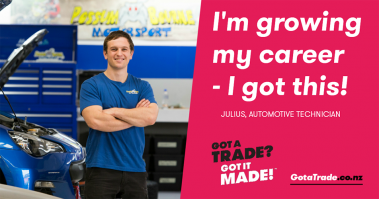 MITO'S GOT A TRADE HERO

Julius is a previous MTA Apprentice of the Year, MITO scholarship recipient and has completed his National Certificate in Motor Industry (Automotive Electrical and Mechanical Engineering) (Levels 3 and 4) Light Vehicle and MITO’s First Line Management programme. He has recently been promoted to General Manager of Possum Bourne Motorsport, Auckland - all at just 23 years old!

Ten future leaders from each Got a Trade? Got it Made! industry training organisation came together to attend the Future Business Leaders Forum on Thursday 25 August in Auckland. The Forum included a day of inspirational speakers and in the evening, the inaugural Future Business Leaders Awards took place where exceptional leaders and graduates were recognised across five award categories. 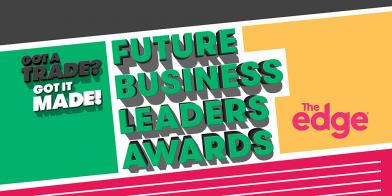 MITO's attendees at the forum and nominees for the Awards were: 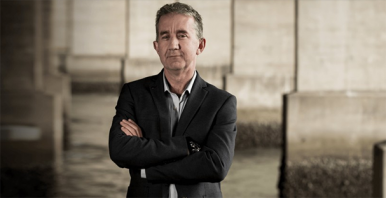 Nigel Latta tackled 'Degrees of Success' on The Hard Stuff. Not only did the episode feature MITO graduate, Julius Bloem, and his successful career journey in the automotive trade, but it also challenged the investment in a degree, and featured a segment on New Zealand's skills shortages and how parents and students still need to be educated on trades being a viable career option.

View it now on TVNZ On Demand.